World Gets 22% of Electricity From Renewable Energy

The Renewables 2014 Global Status Report released earlier this month has good news for the environment, namely that an estimated 22.1% of the world’s electricity was generated from renewable sources in 2013. That percentage is expected to rise as countries across the globe pour money and resources into alternative, clean energy. 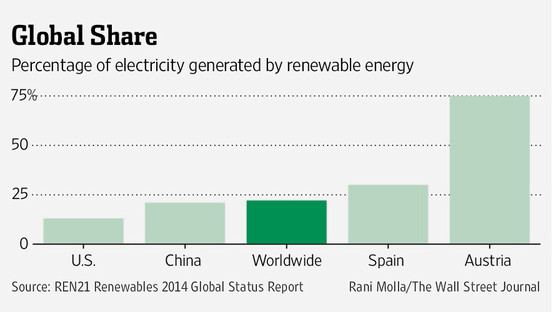 The U.S. ranks second, after China, for annual investment in renewable energy and for generating electricity from renewable sources, yet the U.S. has a lower share of energy (13%) generated from renewable sources than the world average of 22.1%, according to the data compiled by Renewable Energy Policy Network for the 21st Century, an international, government-supported institute that supports renewable-energy development. That’s because the U.S. uses a lot of electricity and resources in general.

The average is brought up by a number of countries like Austria and Costa Rica, which get a majority of their electricity from renewable sources. According to the report, hydropower accounts for 16.4% of the renewable energy, whereas the alternative energies including solar and wind make up 5.7%. 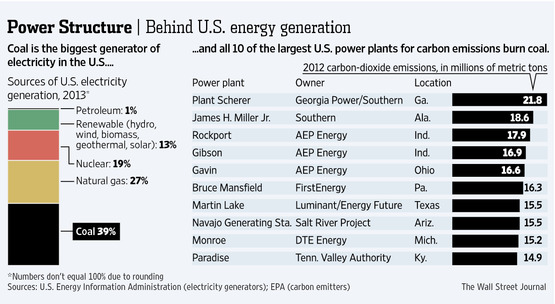 “The shares of renewable energy in a country’s power mix are varying greatly from country to country,” according to an email from REN21. “They depend on resource availability but above all on political choices.”